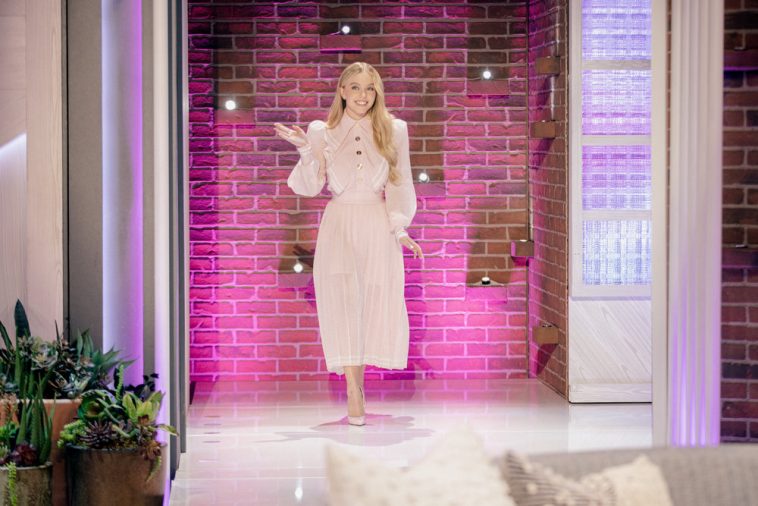 From recently launched releases like “The White Lotus” and “The Voyeurs” to the upcoming “Night Teeth,” actress-producer Sydney Sweeney has numerous projects on her radar.

She will have the chance to bring visibility to her projects — and connect with audiences in a fun way — on an upcoming edition of “The Kelly Clarkson Show.”

Sweeney will appear as an in-studio guest on the September 28 edition of the popular daytime talk show. The episode will also feature an appearance by Melissa McCarthy and a performance by Patrick Droney.

Kelly will additionally deliver a cover of “My Own Worst Enemy.”

Ahead of the broadcast, NBCUniversal shared photos from the taping:

Brian Cantor is the editor-in-chief for Headline Planet. He has been a leading reporter in the music, movie, television and sporting spaces since 2002.

Brian’s reporting has been cited by major websites like BuzzFeed, Billboard, the New Yorker and The Fader — and shared by celebrities like Taylor Swift, Justin Bieber and Nicki Minaj.

Next post Opinion | Afghanistan is unrecognizable under the Taliban. As it seeks recognition, Biden must move carefully. – The Washington Post

Ten-year-old Samuel Salinas was sitting in his fourth-grade classroom when the shooter, later identified as Salvador Ramos, 18, barged in...

Johnny Depp vs Amber Heard: The seven-person jury retired to consider a verdict in the high-profile case heard in Fairfax,...

US financial watchdog asked Elon Musk to explain why he didn't disclose within a required 10-day time period his increased...

Russia-Ukraine War: "It is very sad that the bold lies of Russian propaganda are broadcast at a high level by...